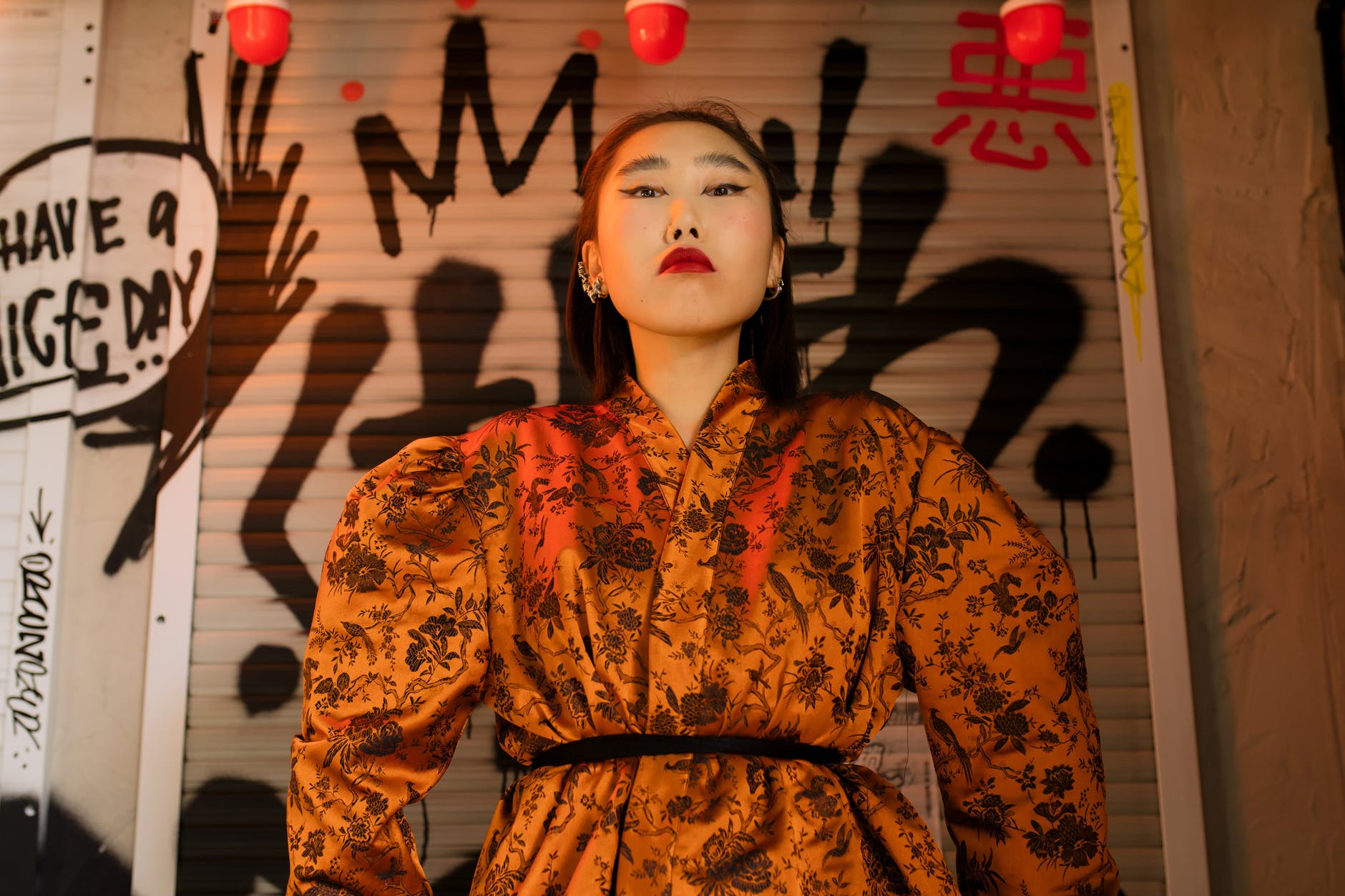 Throughout the fashion world, Tokyo is a powerhouse of design, style and inspiration. It’s unsurprising then that in recent times, Japanese fashion has started to take the world by storm. There are a few large mainstream global players such as Uniqlo, as well as Japanese designers such as Issey Miyake, who are helping to bring Japanese style to the masses.

As a startup fashion label, we are also channelling this unique Japanese flavour (one might call it the ‘umami‘ of the brand!) as it is something we experienced and fell in love with while living and travelling in Japan.

Let’s take a look at what makes Japanese fashion so unique.

Up until post-WWII, Japan was not known for overt or unique fashion. Instead people tended to wear practical and modest clothes best suited for people’s relevant professions.

While the kimono is perhaps the best known item of clothing from Japan, it does not only have its origins in grandeur, luxury and special occasions. In fact plain and basic kimonos in muted shades were a part of everyday wear.

Japan has come a long way from its roots of kimono, hakama, and happi coats. However evidence of this rich history can still be seen on the streets of high end Ginza or trendy Harajuku.

Japan started to change and evolve in regards to fashion from the 1950s. Use of the traditional kimono changed from one of everyday attire to usage for special occasions and celebrations only.

By this time, modern clothing inspired by Western trends became the norm for most citizens. This change led to an awakening in retail and fashion. Younger people were more aware of global trends and Japan put its own spin on many looks adopted from Western styles. This was the start of more dramatic and unique fashion trends taking off in Japan.

Some of the trends over the last 20 years in Japan have included: swinging tails attached to outfits, fluffy knee high boots, decora (covering your clothing and hair in plastic clips and cute kawaii ornaments), just to name a few.

Subcultures and the impact on fashion

Japan is now synonymous with fashion subculture, and dare I say possibly has the broadest range of subcultures of any country in the world. Members of these subcultures can be found throughout Japan, though they tend to be most concentrated in the large cities, namely Tokyo.

It still remains that a Sunday afternoon spent in Harajuku in the heart of Tokyo will give you the best opportunity to see a wide range of these Japanese fashion styles in the flesh. Harajuku is simply known for its fashion, its chaos, and its amazing crepes. Yum. Gwen Stefani even wrote songs about Harajuku and created her own harem of Harajuku Girls, as she was so inspired by her visit to Japan.

You wouldn’t necessarily think that Japanese fashion would be the first pick for inspiration for children’s clothing but hear me out. When considering what was missing from kids clothing, it was cool factor with a unique difference. Not carbon copies of other styles, not tediously gender-centred designs, not slogans that use your child as a billboard, not neutrals or sparkles or superheroes.

Japanese prints can be manipulated in endless ways to deliver a punchy, cool factor. They are a timeless pattern that adults would happily wear, yet somehow do not make kids look too grown up either. Japan’s colour palettes, fearless use and combinations of styles and designs, and bold, unashamed uniqueness have led to the creation of Yuugen Kids.

It’s these factors combined, that make Japanese fashion so unique.

Free Express Shipping for Orders Over $99

Thanks for Your Support